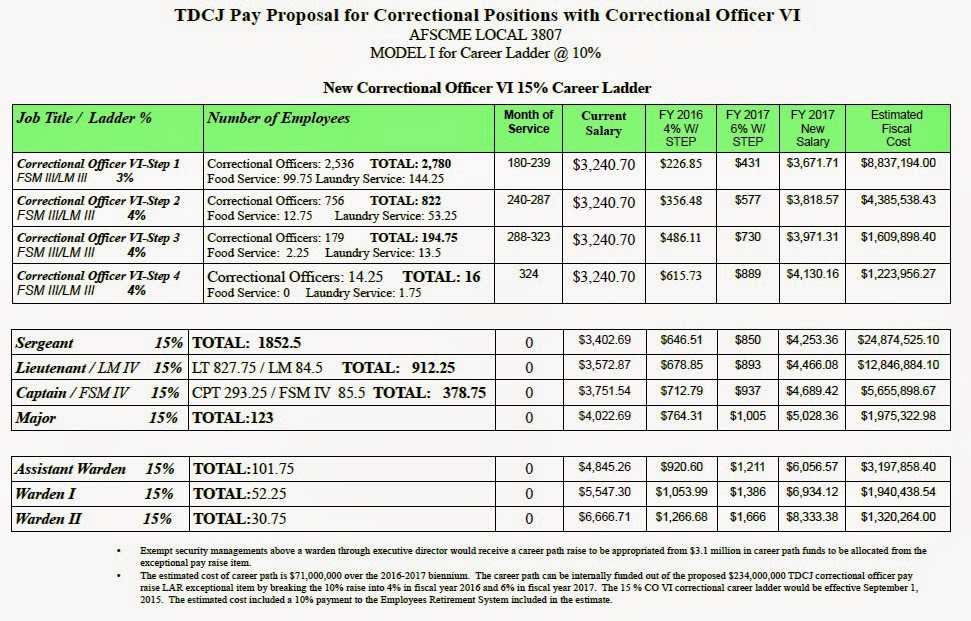 Austin, Texas - Yesterday during the Texas Legislature Appropriations Select Committee on Article V Criminal Justice funding, members of the committee heard from agency directors and union officials about the need for a markup on the existing legislative budget to cover correctional employee raises.
The committee heard from the Texas Department of Criminal Justice Agency Director Brad Livingston who recommended a 10% pay raise markup for agency correctional officers and parole officers.  Huntsville AFSCME Local 3807 President Lance Lowry testified about the need to increase correctional officer and employee longevity by expanding the career ladder.  Lowry cited the fact early retirement and high employee turnover are contributing to the depletion of the Employees Retirement System (ERS) fund.
Currently the Employees Retirement System (ERS) is experiencing a $7.5 billion shortfall and will run out of money in 2063 unless changes are made.  Several factors have lead to the fund becoming actuarially unsound including the state failing to contribute their constitutionally required amount to insure actuarially sound contributions.  The Texas State Auditors Office found the Texas Legislature failed to contribute an actuarial sound contribution 19 out the last 20 years resulting in the retirement funds problems.  Other practices such as early retirements and lowering the number of employees contributed to the funds insolvency.
The committee was presented with data from the AFSCME Texas Correctional Employees Union comparing the substantial difference in pay between the five largest Texas county correctional departments pay and the Texas Department of Criminal Justice.  On average the five largest county correctional departments in Texas make over $4,497. 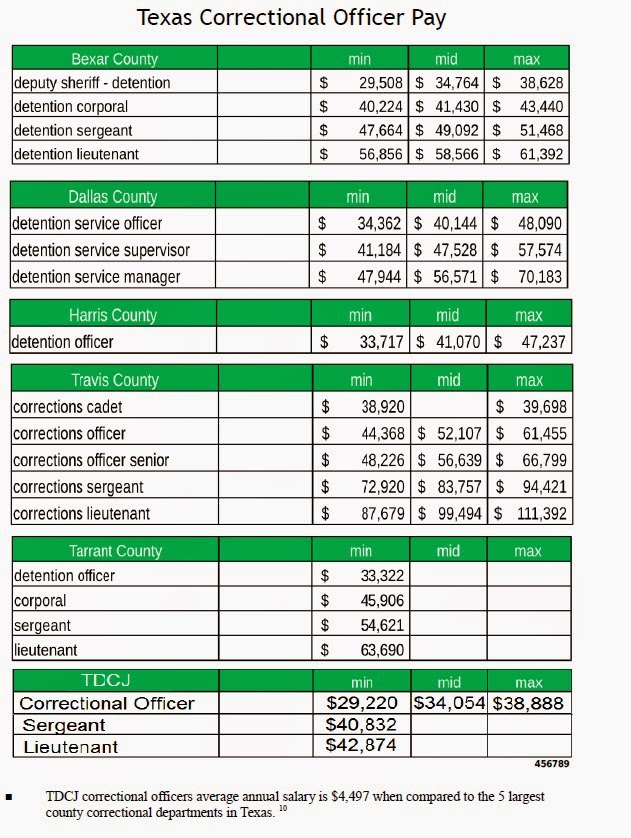 AFSCME Texas political action Director Joe Hamill testified before the committee that Texas correctional employee assaults were occurring at a higher rate compared to other states and that staffing shortages may be blamed for the higher occurring incidents.  AFSCME is asking for a 15% increase in correctional employee salaries and expanding the correctional officer career ladder.
Posted by Texas Prisons at 8:17:00 AM 10 comments: