Huntsville, Texas - There was no judge, no jury, or no right legal counsel on the afternoon of December 19, 1999 when convicted murder Robert Pruett executed Officer Daniel Nagle at the William G. McConnel maximum security prison in Beeville, Texas.  Officer Nagle was assigned to watch over one of the common areas of the maximum security prison in Beeville that had a TV viewing room, barber shop, and craft shop area on the afternoon he was murdered.  Officer Nagle had no backup, no two way radio to call for help, or any weapon to defend himself against the convicted felons he watched over in Texas Department of Criminal Justice prison.


Officer Nagle was the correctional officer’s union Beeville chapter president at the time of his death and was very outspoken about the dangerous conditions officers faced working in the Texas Department of Criminal Justice.  High offender to officer staffing ratios and lack of funding in Texas makes the prison system an extremely dangerous place to work in.


At the beginning of December 1999 Officer Nagel and his fellow officers made a trip to the Austin Capitol complex where Nagle uttered his last public statement, “Someone would have to be killed before TDCJ got the message.”   Lance Lowry president of the Huntsville Charter of Texas Correctional Employees states, “Officer Nagle’s warning and death continue to be ignored by state bureaucrats and budget writers.  The Texas Department of Criminal Justice is massively underfunded compared with other states of similar size.  The New York Department of Corrections has a staffing ratio of 3 inmates per officer while Texas’ staffing ratio is double.  Texas needs to stop allowing inmates to terrorize officers in this controlled environment and allow proper resources to safely operate its prison system.  TDCJ downplays chronic staffing issues and problems plaguing it prison system.  Employees who speak out can expect some type of retaliation.”


Since 2015 two TDCJ correctional officers were brutally murdered in the line of duty.  Serious staff assaults are at their highest level after the agency’s managed health care administrators cut back the usage of certain psychotropic medications.  The Texas Department of Criminal Justice still experiences massive staffing shortages with approximately 2,000 unfilled correctional officer positions in a system lacking proper staffing ratios compared with other large states.


Facts at a glance: 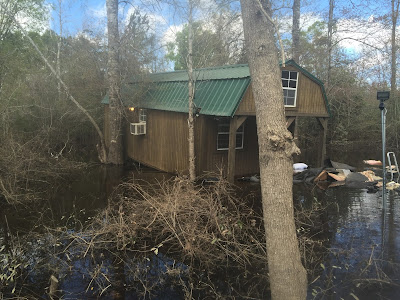 TDCJ officers and staff are struggling after many lost their homes and are facing extreme conditions in prisons that are lacking basic necessities such as water and sewer services.  The Beaumont area is without water for the next two weeks and these brave officers are keeping the last pieces of civilization civilized.

Basic supplies are in need.  The situation is URGENT!!!!!!  AFSCME Texas Correctional Employees is asking for donations of the following supplies to assist these officers and families in need: