Less Than 5 Percent of Texas Prison Inmates are Undocumented 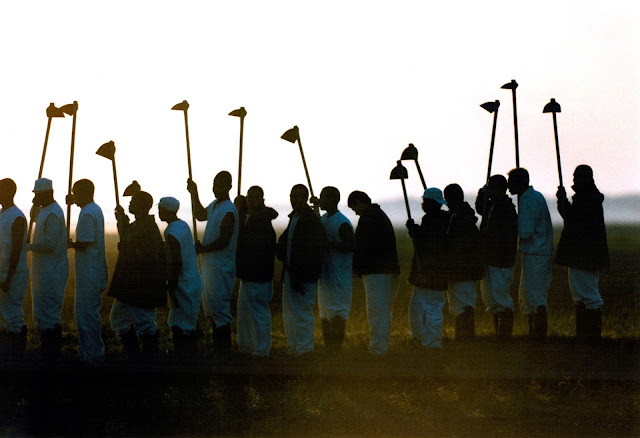 
The Texas Tribune is taking a yearlong look at the issues of border security and immigration, reporting on the reality and rhetoric around these topics. Sign up to get story alerts.
About 4.6 percent of the men and women in Texas prisons are undocumented immigrants with standing requests that they be turned over to U.S. Immigration and Customs Enforcement when their sentences are served, according to data released to The Texas Tribune by the Texas Department of Criminal Justice.
The statistics reflect detainers that ICE has placed on prisoners. Detainers can be placed on immigrants in the country legally or illegally. The Pew Research Center estimates there are 1.7 million undocumented immigrants living in Texas, about 6.3 percent of the state’s total population.
In December 2015, 9,158 Texas prisoners were under ICE detainers, and 6,698 of them were determined by ICE to be undocumented. TDCJ turns inmates with detainers over to federal authorities when they have finished serving their terms, said department spokesman Jason Clark.
Among other findings in the data:
Mexican nationals account for most of the inmates with ICE detainers. ICE determined that 78 percent of Mexican nationals in Texas prisons are undocumented.
El Salvador and Honduras nationals account for the next greatest numbers of offenders with ICE detainers.
Sexual assault against a child is the most common crime for inmates with ICE detainers. There were 1,731 such cases involving inmates with detainers, and 69 percent of those inmates were determined to be in the country illegally. Homicide is the second most common crime by offenders with ICE detainers.
There are 21 offenders with ICE detainers on death row, and 12 of those offenders have been determined to be in the country illegally. There are 595 offenders with ICE detainers who have life sentences, and 62 percent of those were determined to be in the country illegally.
There are 1,875 undocumented inmates with sentences of 21 years or more, including life and death sentences. That’s equal to 1.3 percent of the general state prison population.
The higher number of Mexican prisoners doesn't surprise Alexandre Afanassiev, a Houston immigration attorney at Quan Law Group, given the country's geographic proximity to the United States.
In 2011, the Obama Administration announced a push to focus its deportation efforts on undocumented immigrants convicted of the most dangerous crimes. Afanassiev pointed to this shift to explain the high number of detainers for prisoners convicted of sexual assault against a child and homicide.
These charges are considered aggravated felonies, and undocumented immigrants convicted of these crimes have virtually no chance of obtaining citizenship, according to Afanassiev.
"The DHS typically waits for the person to finish their sentence before removal process is initiated, which explains why so many people with long sentences or life sentences remain on the list of detainers for a long time," he said. "While there are mechanisms to have a criminal alien to undergo removal proceedings while in criminal detention, they still for the most part end up serving the rest of their sentences before being physically deported."
Becca Aaronson contributed data analysis to this story.

This article originally appeared in The Texas Tribune at http://www.texastribune.org/2016/02/19/ice-records-reveal-makeup-undocumented-prison-popu/

The Texas Tribune is a nonpartisan, nonprofit media organization that informs Texans — and engages with them – about public policy, politics, government and statewide issues.
Posted by Texas Prisons at 11:55:00 PM